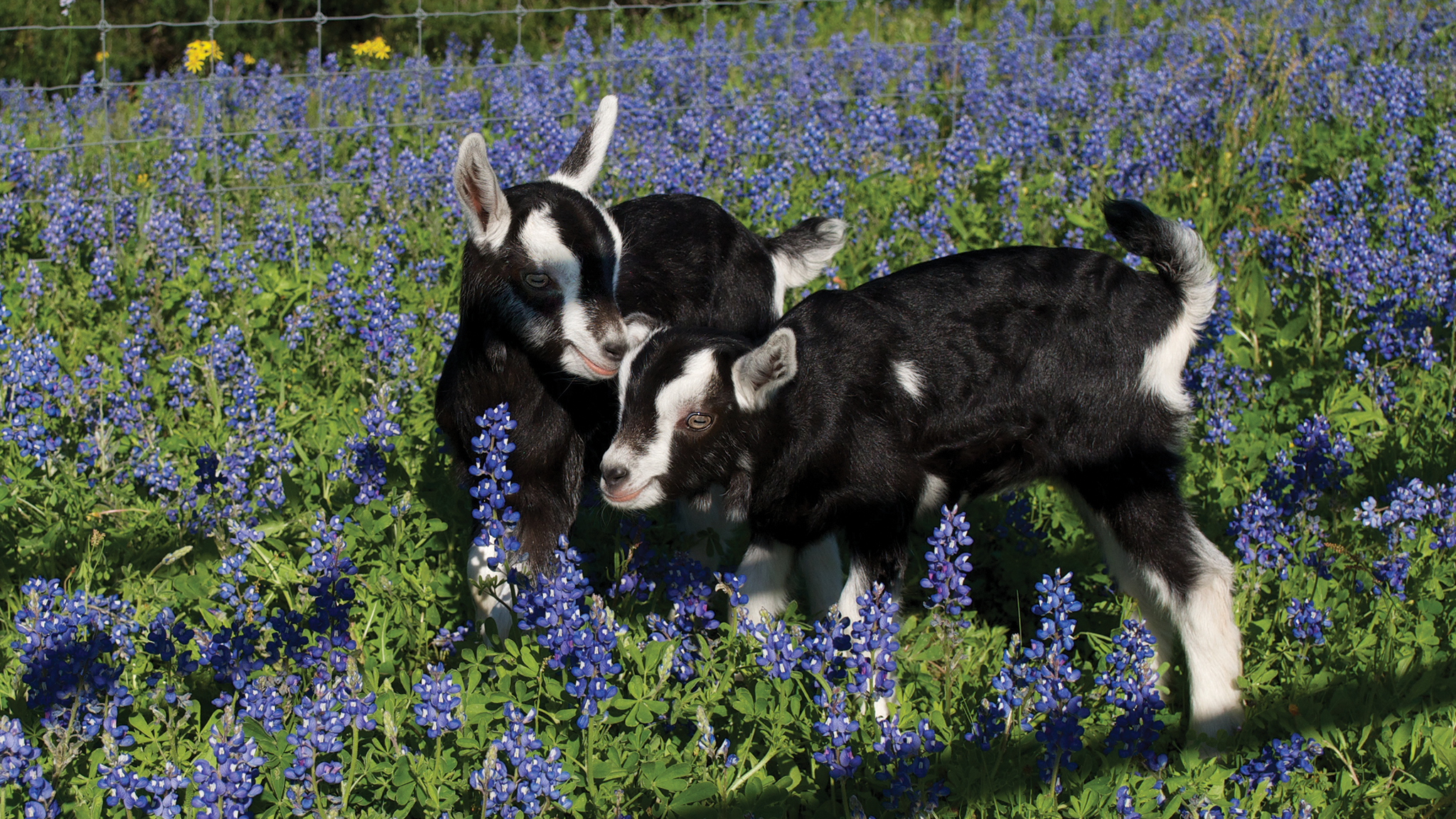 Within the department, I serve as the lead instructor for two courses covering human embryology and the physiological events of pregnancy. My research is focused at the interface between pregnancy and epigenetics, trying to understand how environmental exposures before conception or early in development cause disease later in life. My lab works in the area of research known as Developmental Programming, which seeks to better understand the biochemical mechanisms by which chromatin structure is altered during development and how these epigenetic changes cause birth defects and disease. I am a tenured Associate Professor in the Department of Veterinary Physiology at Texas A&M University. Here, I serve as the director of two courses studying human embryology and the physiological events of pregnancy. I am an associate editor for the scientific journal Environmental Epigenetics and have served on multiple NIH, NSF, and CIHR study sections examining epigenetics and developmental programming. My research program is focused on defining biochemical mechanisms of epigenetic inheritance, determining how these processes are influenced by exposure to toxicants, and the capacity of these heritable changes to cause birth defects and disease, and contribute to the development of fetal alcohol spectrum disorders (FASDs). Currently, we are focused on understanding how male drinking, prior to conception, contributes to the development of alcohol-induced birth defects and disease. [https://research.tamu.edu/2019/10/21/fathering-a-child-dont-drink/]

My former trainees have successfully transitioned to the next phase of their careers and taken positions at the MD Anderson Cancer Center, the University of Washington, the University of California Irvine, or have successfully obtained employment at Epizyme pharmaceuticals and Seattle Children’s Hospital. Due to my research’s multidisciplinary nature, I accept Ph.D. trainees from the Biomedical Sciences, Genetics, and Toxicology programs.

My long-term objective is to understand the mechanisms that control chromatin structure within the developing embryo and determine how environmental exposures, either before conception or during gestation, cause birth defects and disease. As a model, my laboratory studies the growth defects associated with fetal alcohol spectrum disorders (FASDs) and how the cellular memory of alcohol exposures, either before conception or during gestation, influences the growth and development of the offspring.

Our studies have demonstrated lineage-specific sensitivities to ethanol-induced alterations in histone structure, and that multiple embryonic cell types are susceptible to alcohol-induced perturbation of the histone code (Veazey et al., 2013). We have conducted basic research into the transcriptional consequences of alcohol exposure in vitro and identified a significant correlation between altered histone structure and alcohol-induced central nervous system birth defects in vivo (Veazey et al., 2015, Veazey et al., 2017). In late 2014, I began examining the epigenetic impact of preconception paternal alcohol exposures on offspring development. Using a mouse model, studies from my lab have identified fetal growth restriction and long-term alterations in the metabolic health of offspring sired by alcohol-exposed males (Chang et al., 2017; Chang et al., 2019a; Bedi et al., 2019 and Chang et al., 2019b). Our current research is aimed at trying to decipher the mechanisms by which these epigenetic errors arise and are transmitted to the offspring. My undergraduate and graduate courses explore the physiological processes of pregnancy with a special emphasis on the formation of the body plan, the endocrine control growth and parturition, and the development of birth defects. These courses provide a framework upon which to build a basic understanding of the physiology of pregnancy and several developmental disorders that arise due to biomedical miss-regulation or environmental exposures. Michael C. Golding is accepting trainees of these groups: Kara Thomas – is originally from Goliad, Texas, and has an undergraduate degree in Biomedical Sciences from Texas A&M University. Kara’s Ph.D. research focuses on determining how alcohol-induced alterations in the paternally-inherited epigenetic program interact with maternal alcohol exposures to compromise the health and development of the placenta. Texas, and received her Master’s degree from Texas A&M University, where her work focused on the application of assisted reproductive technologies to livestock production. After working in the bovine IVF industry, Alexis is now pursuing her Ph.D. in Dr. Golding’s lab. Her research focuses on defining the interactions between alcohol consumption, the microbiomes of the GI and male reproductive tract, and paternally-inherited alterations in developmental programming. Alison Basel is originally from Johannesburg, South Africa, and received her undergraduate degree in Genetics from Iowa State University. In the Golding Lab, Alison is focused on understanding the link between parental alcohol consumption, altered epigenetic programming, and the predisposition of the offspring to develop enhanced tissue fibrosis and cancer. Sanat Bhadsavle, MVSc Sanat is originally from Mumbai, India, where he received his Bachelor’s in Veterinary Science degree from the Bombay Veterinary College and a Master’s in Animal Biotechnology from the National Dairy Research Institute, India. Here, Sanat studied pregnancy-associated microRNAs in buffalo. Sanat’s primary research interests lie in molecular mechanisms driving embryonic development, which brought him to College Station and the Golding lab. Here, Sanat’s research focuses on defining the role of sperm histones in transmitting an epigenetic memory of paternal alcohol exposure to the offspring and the impacts on the early-stage fetus and placenta. Yudishtar Bedi MSc. – Originally from New Deli, India, Yudi received his Master’s from the University of Southern California, where his work focused on peroxisome biogenesis. In the Golding Lab, Yudi’s research focused on paternal epigenetic mechanisms of inheritance, including the role of sperm histones and noncoding RNAs in transmitting fetal alcohol spectrum disorders (FASDs) phenotypes to the offspring. Yudi is now a postdoctoral researcher in the Bhutani laboratory at Stanford University in California. Dr. Nicole Mehta, MSc. Ph.D. is originally from Beaverton, Oregon, where she attended the University of Oregon. Nicole received both her Master’s and Ph.D. degrees from Texas A&M University, where her research focused on regenerative medicine and cardiomyocyte differentiation. During her postdoctoral fellowship in the Golding Lab, Nicole focused on epigenetic changes influencing cardiovascular development and the contribution of preconception or early life alcohol exposures to the development of congenital heart defects. Nicole is now attending medical school at Texas A&M University. Dr. Richard Cheng-An Chang, MS.c, Ph.D. – Originally from Kaohsiung Taiwan, Richard received his Master’s degree from National Yang-Ming University, where his work focused on the molecular pathways leading to obesity. Richard’s Ph.D. dissertation in the Golding lab focused on alcohol-induced alterations in sperm-inherited epigenetic programming and the long-term impact on offspring metabolism. Richard is now a postdoctoral fellow at the University of California Irvine. Haiqing Wang, MSc. – Haiqing came to Texas A&M from Wuhan University in China. Her research focused on understanding the physiological basis of the growth restriction phenotypes and placental defects observed in mouse models of fetal alcohol syndrome. Haiqing is now entering the Ph.D. program in Computer and Information Science at Northeastern University. Daria Muller, MSc. – Daria came to Texas A&M from Sacramento, California. Her research focused on understanding the impact environmental toxicants have on neural stem cell development and the transcriptional regulation of thyroid hormone-responsive genes. Daria is now a research analyst for Proove Biosciences in California. Dr. Kylee J. Veazey, Ph.D. – Originally from Amarillo, Texas, and a graduate of Texas A&M University, Kylee’s research project focused on understanding the effects alcohol has on the transcriptional control of gene expression during embryonic development. Her research was among the first to identify alcohol-induced changes to chromatin structure. After a successful postdoctoral fellowship at the MD Anderson Cancer Center, Kylee is now an Oncology Medical Science Liaison at Epizyme pharmaceuticals, specializing in epigenetic-based chemotherapeutics.